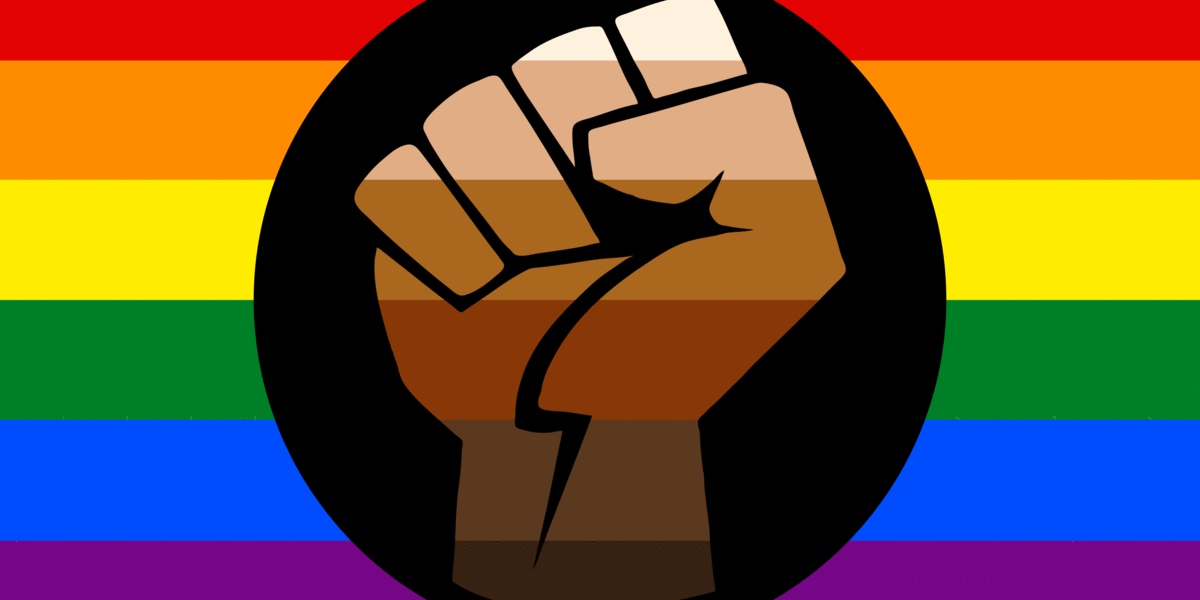 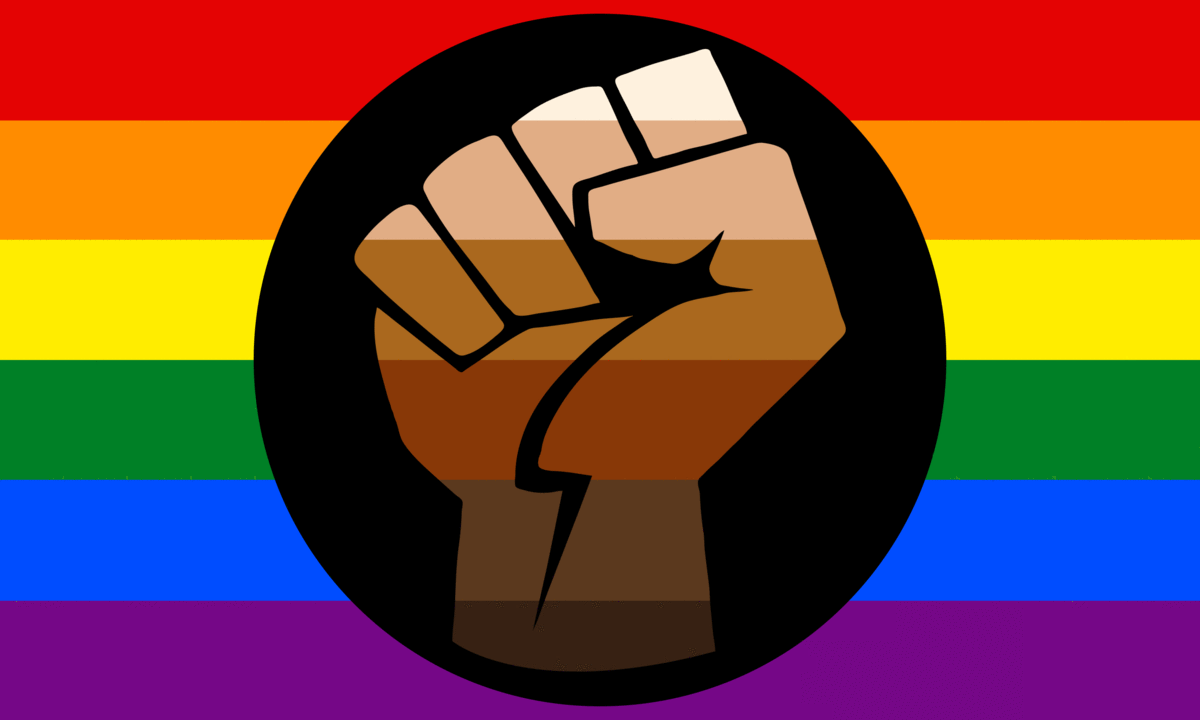 The first Pride march in New York City was held on June 28, 1970 on the one-year anniversary of the Stonewall Uprising of 1969, a series of demonstrations by the LGBTQ+ community in response to a police raid that took place at the Stonewall Inn in Manhattan.  Much legend surrounds the actual details of the event but, notably, at the forefront of these protests and the civil rights movement the succeeded them, two trans women of color: Marsha P. Johnson and Silvia Rivera served as key figures and leaders of gay and trans liberation.  The Stonewall Uprising served as a forceful revitalization of LGBTQ+ activism and led to the foundation of numerous gay rights organizations, including the Gay Liberation Front, Human Rights Campaign, GLAAD, and PLFAG, among others.  In the present day, Pride celebrations include festivals, fundraisers, and awareness-building events that are held every year throughout the world in June to commemorate the Stonewall Uprising and the continued fight for equality.

This year, many Pride celebrations have been moved to the virtual sphere due to COVID-19 and the queer leaders’ interest in maintaining the safety and wellness of our communities and bringing special attention and resources to queer and trans people — who are at an elevated risk of contracting and suffering long-term medical and socioeconomic effects from COVID-19 due to the fact that LGBTQ Americans are more likely than the general population to live in poverty and lack access to adequate medical care, paid medical leave, and basic necessities during the pandemic.  To learn more about the projected impact of COVID-19 on the LGBTQ+ community, check out the link below to the Human Rights Campaign’s latest issue brief, “The Lives and Livelihoods of Many in the LGBTQ Community are at Risk Amidst COVID-19 Crisis.”

In addition to Pride celebrations and the bolstering of COVID-19 resources, this year’s Pride has concentrated efforts onto the BLACK LIVES MATTER movement. 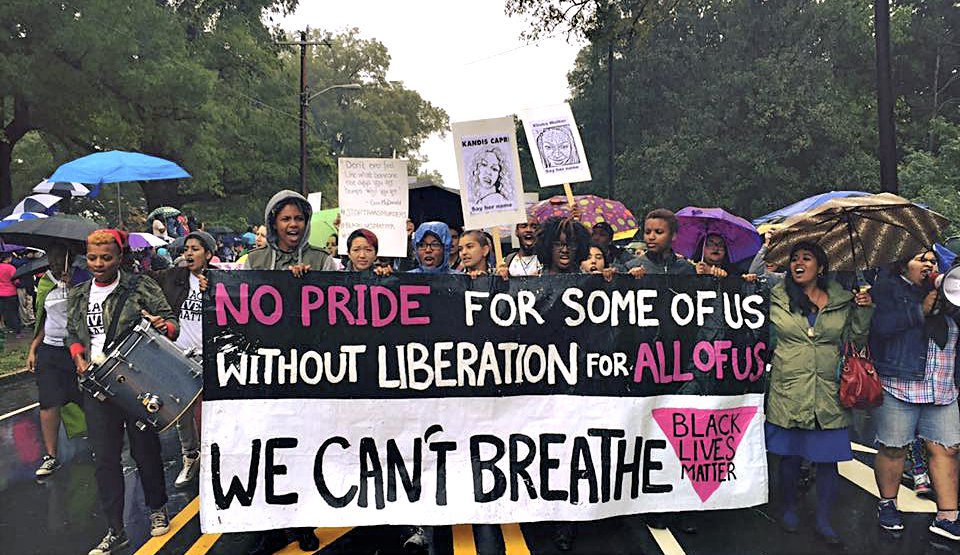 The BLACK LIVES MATTER (BLM) movement was established in 2013 in response to the acquittal of Trayvon Martin’s murderer.  Black Lives Matter Foundation, Inc is a global organization in the US, UK, and Canada, whose mission is “to eradicate white supremacy and build local power to intervene in violence inflicted on Black communities by the state and vigilantes.” The international human rights movement was founded by Alicia Garza, Patrisse Cullors, and Opal Tometi, all activists for combating anti-black and anti-queer state-sanctioned violence and the oppression of black and brown people.  This past month, the BLM movement received international attention after George Floyd was murdered by a white Minneapolis police officer who placed his knee on Floyd’d neck for nearly nine minutes.  In addition to George Floyd, dozens of black lives have been taken by oppression, inequality, racism, and police brutality that has historically existed in American history.  Violence against trans women of color is an especially pressing issue as the majority of trans victims of violent murders in 2019 were women of color.  You can learn more about the Black Lives Matter movement and violence against trans and gender non-conforming people at the links below.

The LGBTQ+ rights movement has historically been led and bolstered by black and brown people including Marsha P. Johnson, Silvia Rivera, James Baldwin, Audre Lorde, Laverne Cox, and many other QTPOC (Queer and Trans People of Color).  HRC’s black, queer president of HRC, Alphonso David had the following to say in response to the murder of George Floyd and the Black Lives Matter movement:

“We celebrate June as Pride Month, because it commemorates, in part, our resisting police harassment and brutality at Stonewall in New York City, and earlier in California, when such violence was common and expected. We remember it as a breakthrough moment when we refused to accept humiliation and fear as the price of living fully, freely, and authentically.  We understand what it means to rise up and push back against a culture that tells us we are less than, that our lives don’t matter. We join together again to say #BlackLivesMatter and commit ourselves to the action those words require.”

To this day, Pride stands to fight against inequality, injustice, discimination, and police brutality experienced by marginalized communities across the country and the world.  Black Lives Matter has amplified the very meaning of PRIDE month – dignity, equality, and increased visibility of those who face widespread discrimination.

Self-identified queer black woman and co-founder of BLM, Alicia Garza states, “In order to truly understand how devastating and widespread this type of violence is in Black America, we must view this epidemic through a lens of race, gender, sexual orientation, and gender identity.”

This June and this year as we celebrate Pride, LGBTQ+ communities seek to elevate the voice and mission of the Black Lives Matter movement, as we stand together for justice and equality.

“Violence Against the Transgender and Gender Non-Conforming Community in 2020” from HRC: https://www.hrc.org/resources/violence-against-the-trans-and-gender-non-conforming-community-in-2020

“The Lives and Livelihoods of Many in the LGBTQ Community are at Risk Amidst COVID-19 Crisis” from HRC:

For more ways to help, click the link: https://blacklivesmatters.carrd.co/